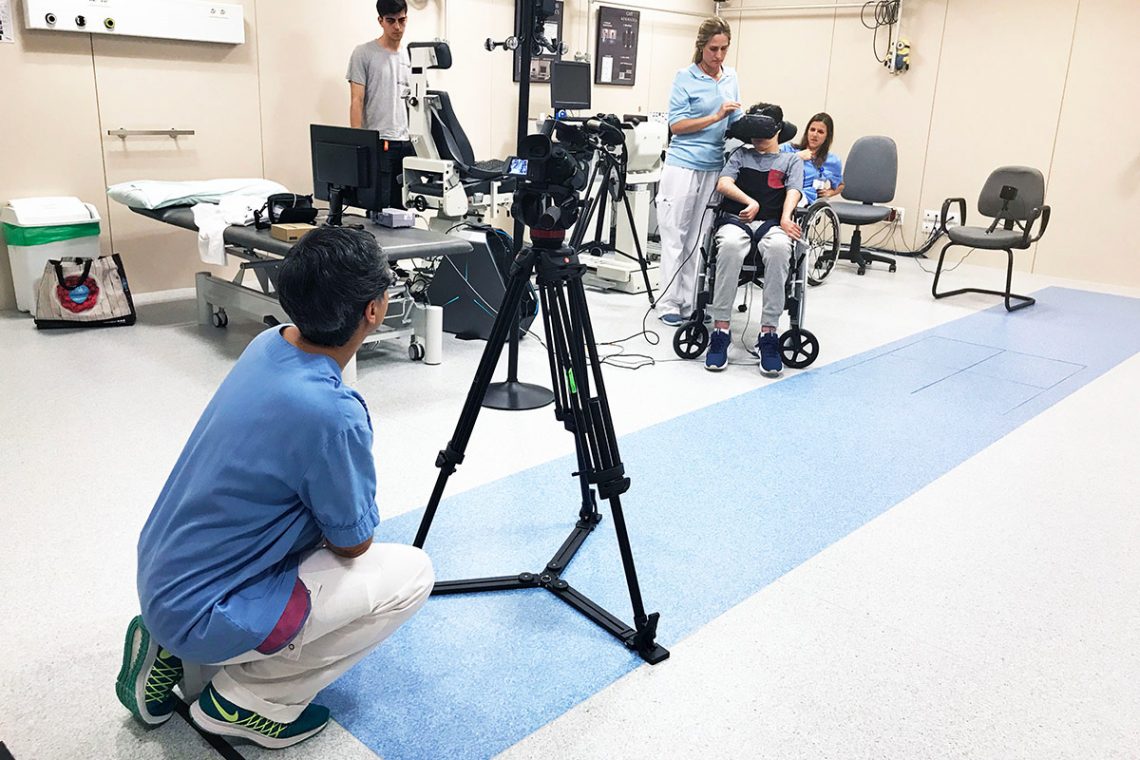 As a research centre, throughout 2020 the University Institute promoted the transfer of research results to the clinic and promoted healthcare innovation processes to reinforce our commitment to offering the highest scientific and technical level in each of our strategic research lines.

The relationship between the High Specialisation Hospital – Centre of Excellence – and the University Institute of Neurorehabilitation – Knowledge Centre – allows us to optimise the generation and transfer of new knowledge in this specialist area of science.

Its vision is to become an international benchmark in neurorehabilitation, capable of generating and transmitting new knowledge and continuous innovation in techniques, procedures and technologies specific to the field of scientific knowledge and neuroscience in general, through the promotion of a network of open cooperation with other centres of excellence, universities, technology centres, companies and organisations in Spain and overseas.

The Institut Guttmann therefore works with 6 main lines of translational research and innovation, based on:

Some highlights in Research and Innovation in 2020 were:

Research project for the promotion of Brain Health with the support of “La Caixa”.

In relation to Social Research, work has continued on analysing the quantitative data collected and developing qualitative studies, as well as identifying potential strategic partners and competitive calls where funding can be obtained. Regarding competitive projects, we have continued our work on the European-funded project VIGOUR, which aims to implement a programme to support integrated care in 16 locations in Europe over 3 years (2019-2021); and in the European project “Precise4Q”, funded by the H2020 programme, to develop predictive models for stroke, from which numerous publications have already emerged.

Regarding the PARTICIPA research project on social innovation, promoted by the Institut Guttmann together with associations for people with disabilities that are part of our Social and Participation Council, which began in 2020, the website has been published with a public space and a private space; in addition, the first questionnaire has been prepared and intensive work has been done on the ambassadors programme. The project is making good progress in recruiting volunteers.

PARTICIPATE is a social research project aimed at identifying the barriers that prevent your participation and the factors that facilitate it, with the aim of transforming society so that it is fully inclusive.

DO YOU KNOW WHAT THE BARRIERS ARE?

Have you ever found that the accessible toilets are used as a storage room? Is it impossible for you to use the subway alone, because you never know if there will be a lift or if it will be out of service? Do people speak to your companions instead of you?

DO YOU KNOW WHAT FACILITATORS ARE?

An accessible apartment, with wide doors, ramps and lift; a non-paternalistic, peer-to-peer attitude; properly signposted facilities, and policies that guarantee access to the employment market are examples of facilitators.

The Institut Guttmann has continued to increase its presence in the decision-making bodies of scientific policy in Catalonia through the different agencies that promote research and innovation in our territory (Biocat, AGAUR and ACC10); and in Spain, actively participating in the solid cooperative research networks of the ISCIII and consolidating participation in thematic networks (RETICS_ITEMAS and TERCEL).

The Research and Innovation Office has continued participating in the different stable structures of Cooperative Research, forming an active part of the following:

Regarding competitive projects with external funding, it should be noted that in 2020 we submitted 22 proposals to public calls for funding research and innovation projects, addressed to different Spanish and international organisations, and although most have not yet been resolved given the impact of the pandemic in this area, at the time of writing one positive result had been obtained out of the proposals presented.

At the level of Catalonia, within the framework of public funding, as a result of the pandemic the Brain Health Research Programme worked on an ambitious proposal for the public call “Replegarse para crecer: el impacto de las pandemias en un mundo sin fronteras visibles” issued by AGAUR, the Agència de Gestió d’Ajuts Universitaris i de Recerca of the Generalitat de Catalunya, and funding has been granted. This is a collaborative project led by Dr. David Bartrés in which, in addition to the UB and the Institut Guttmann, researchers from the Hospital Clínico and IDIBAPS, the IIIA-CSIC, and Professor Michael Valenzuela’s research group will also participate.

In addition, 2 professionals have obtained their doctorate: a professional linked to the ​​Speech Therapy area at Guttmann Barcelona, and a researcher attached to the Office for Research and Innovation and currently in the Information Systems department of the Institut Guttmann.

Articles published in indexed journals during 2020