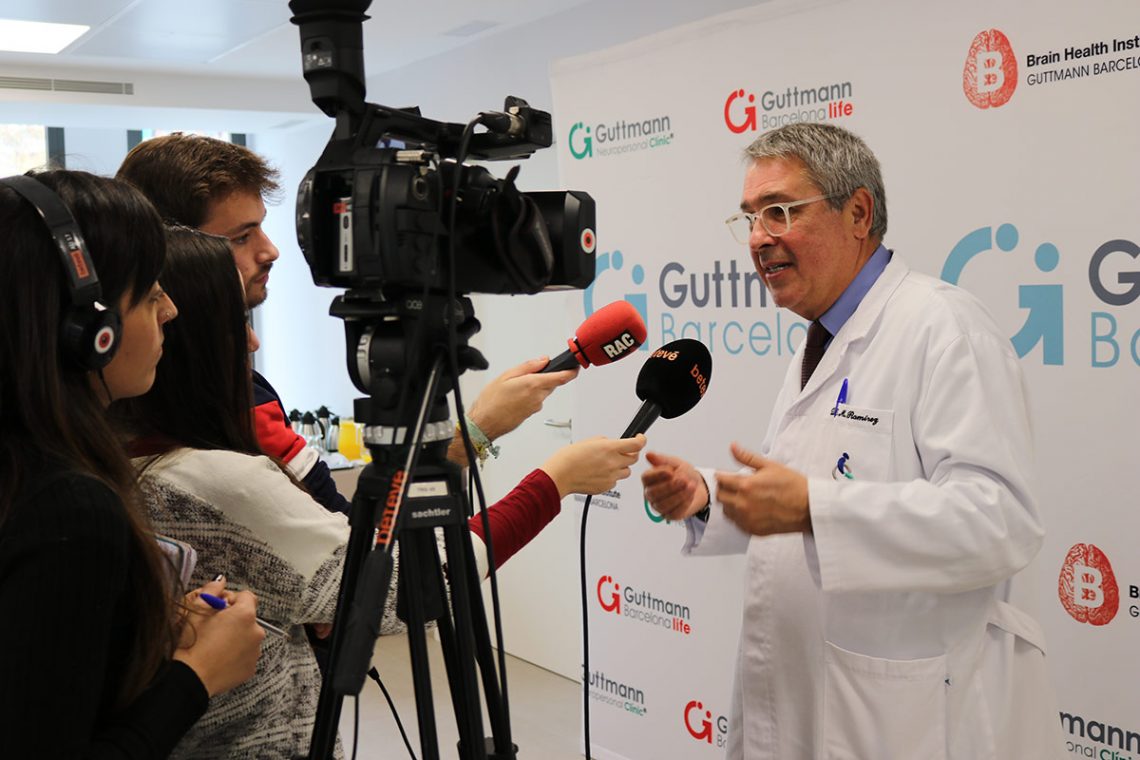 The Institut Guttmann maintains a communication system that guarantees the development of a direct, fluid and bidirectional information circuit with its stakeholders (detected and analyzed).

Both internally and externally, communication is a first-rate tool for detecting, planning and satisfying one’s own and other people’s information needs, working to improve the notoriety, social prestige and reputation of the institution, and creating complicities with professionals, associations of people with disabilities, entities, administration and society in general, particularly with the groups with which the organization relates.

In 2019, the process of dialogue with stakeholders has been intensified, mainly due to the following actions:

1. Preparation of the new Strategic Plan 2020-2025 in the development of which a large part of the professionals of the Institut Guttmann have participated, in addition to members of the Board of Trustees and the Social and Participation Council, as well as a significant number of external agents from the Departament de Salut (Health Department), Universities, research centres, hospitals, journalists, etc. A total of 130 people have participated and have been key to defining the principles that must guide the institution over the next 6 years and that must allow us to consolidate the advances of recent years, grow even more as an organization and strengthen our social commitment to people and also to our environment.

2. During the first quarter a proposal was worked on to develop a new Healthcare Organisational Model, which was led by consultants from the Avedis Donavedian Foundation and in which nearly 50 people participated, including professionals from the Institut Guttmann, representatives from the management bodies, patients and families. The specific objectives were: to identify the main reference frameworks to guide the deployment of the future organizational model, to detect the main needs, expectations and preferences of patients, to identify the objectives and results expected by the profiles served at the center, to identify the vision of the future organizational model and the recommendations to be taken into account.

3. As usual, our organisation’s CSR Report has been distributed to all stakeholders. To some in its printed version and to others (the vast majority) in the digital version.

4. A survey on the perception of occupational risk prevention has been carried out for the organisation’s professionals. Seventy-three professionals participated in this survey, all of whom stated that they were aware of the risks in their workplace.

5. A Perception of Security Survey has also been conducted for inpatients. During the first 5 months since its implementation, a total of 83 patients have answered the survey with an overall positive perception of security of 87.95%.

6. Two channels, web and intranet, have also been set up to inform management directly of any breach of the Code of Ethics, the Code of Conduct or CSR opinions, complaints and suggestions.

7. For questions of a welfare nature, the channel established through the Admissions area to receive opinions, complaints and suggestions is in force. In 2019, 11 complaints were received (6 regarding assistance, 2 regarding safety and 3 regarding compliance with internal regulations) which were handled as established in our protocols, in writing and with an average delay of 6 days.

Suppliers of material goods and subcontracted companies follow the same selection and award procedure, in a framework of free competition and regardless of any linkage or interference that is not in the interests of the organisation. The Institut Guttmann always demands reciprocity in the honesty of commercial relations, total respect for the regulations in force and, especially, for those referring to the obligatory nature of labour contracts for people with disabilities; as well as those referring to child protection, environmental protection and labour protection. Every year, it meets with the heads of the main subcontracted companies and ratifies the code of conduct, verifying that they are aware of its existence and performance.

The Institut Guttmann informs in all its orders the environmental requirements that we ask from all our suppliers, as well as their involvement and commitment to the preservation and cure of the environment.

Code of Ethics and Code of Conduct

During 2019 no non-compliance has been detected and no reports have been received from suppliers or collaborators regarding the Code of Ethics or the Code of Conduct.

Internally, two complaints of harassment were received, to which the protocol of action foreseen for these cases was immediately applied. In one of them, for harassment at work, the investigative committee dismissed the existence of the reported incident. In the other, for sexual harassment, the commission rejected the classification of the facts as harassment, although it considered that there had been inappropriate conduct on the part of a professional, for which a sanction was applied.